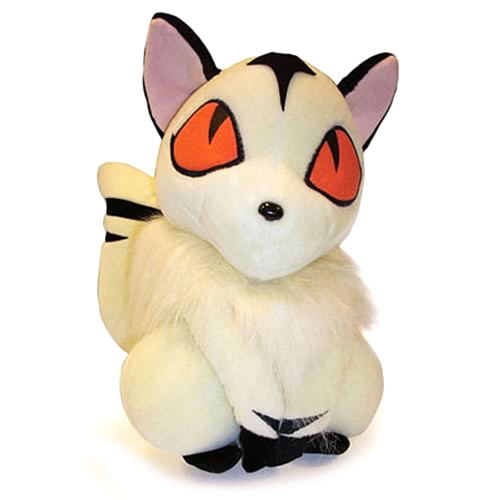 Plush figure Dexter Deshawn from the video game Cyberpunk 2077. A fan product of players for players from the house of Jinx.

- Kirara was originally the companion of Midoriko, the miko who created the Shikon no Tama, suggesting that she's far older than she seems which makes her the oldest member of Inuyasha's group. Sometime later, she became Shako's family companion and has been passed down through the line. She was inherited from Shako to Sango's father, who then gave Sango, Kirara, when Sango was still very young.
- Officially Licensed by Great Eastern
- Cute and collectible
- Soft and Cuddly!